The recent decision to remove the organ from Sikh devotional music, means that the instrument of French origin must once again justify its place in the music of the subcontinent.

While the Akal Takht wants the harmonium banned from the Golden Temple and replaced by traditional kirtan string instruments, the Shiromani Gurdwara Parbandhak Committee believes that is easier said than done. Photo/Getty Images

When Ashutosh Gowarikar’s Jodha Akbar music was released, this writer wondered why Madras Mozart AR Rahman opened the first piece, Khwaja mere khwaja with harmonium bars; he could have used any instrument in the world he imagined.

The harmonium was invented and patented by Alexandre Debain of France in the 1840s. A staple of church music, much bigger and heavier than we know it today. Multiple interventions over the years have made it more compact, allowing it to enter homes in India during colonial rule. Back then it had foot operated bellows unlike the ones you now see on the back of the instrument. It became popular in India and Indian classical music only after musician Dwarkanath Ghose, who ran an instrument-making unit, created a smaller version in 1875 with the manual bellows and the addition of drone buttons. which would help produce classical Indian harmonies. 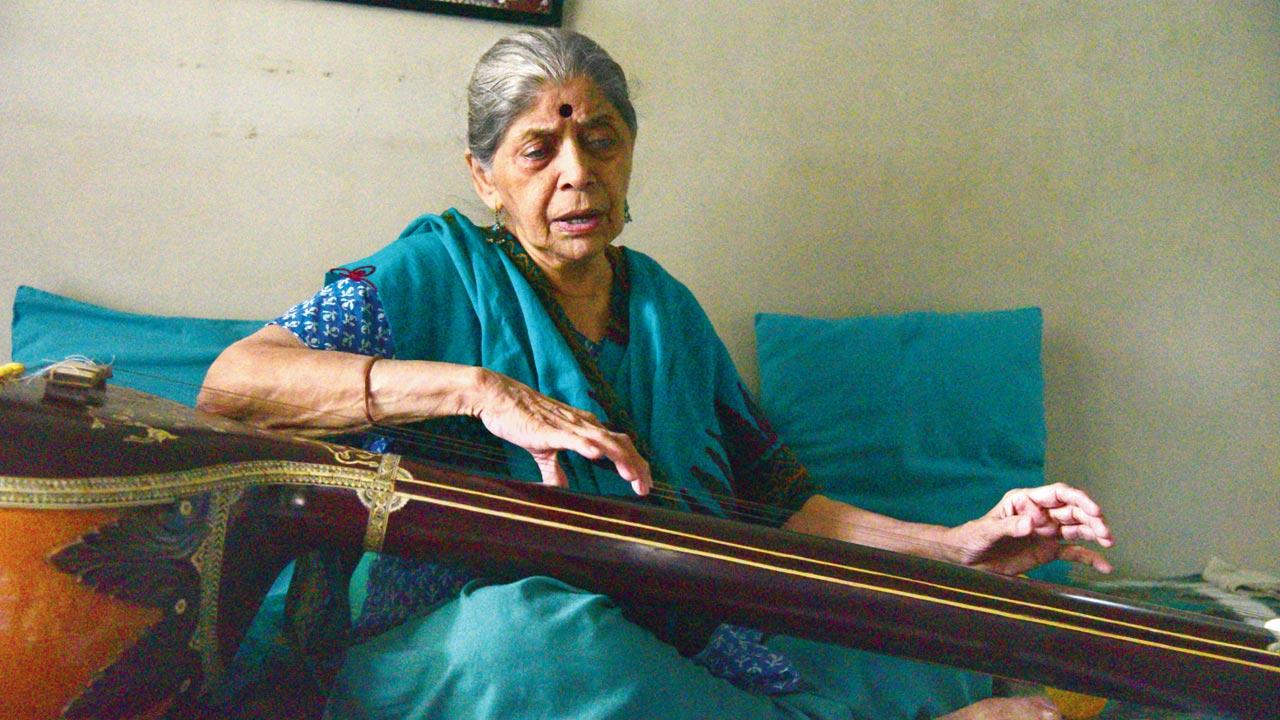 Gwalior gharana dean Neela Bhagwat, who prefers the accompaniment of the sarangi to the harmonium, while singing, says: “Although the closest to the human voice, the sarangi requires a minimum of eight to 10 years of dedicated training for a skill basic. Compare that to the harmonium, the basics of which you can learn in a few days. Photo/Pradeep Dhivar

In today’s atmosphere, when “the foreigner” is the enemy, whether Mughal or British, it is not surprising that the harmonium, identified as not traditionally Indian, is on the drop-down list of instruments played at the Golden Temple.

Amritsar Gurudwara, considered the preeminent spiritual site of Sikhism, has a group of hymn singers called ragi jathas who chant 31 ragas for 20 hours a day in reverence of the place. The music is considered an appreciation of the holy books of the Sikhs, the Adi Granth.

Giani Harpreet Singh, the jathedar or ordained head of Akal Takht or the highest theological body in Sikhism, last week ordered the Shiromani Gurdwara Parbandhak Committee (SGPC) to replace the harmonium – an instrument with colonial roots – with traditional string instruments. He said tanti saaz (stringed instruments) such as the taus, dilruba, rabab, dhad and sarangi accompanied the founder of Sikhism Guru Nanak, not the harmonium. 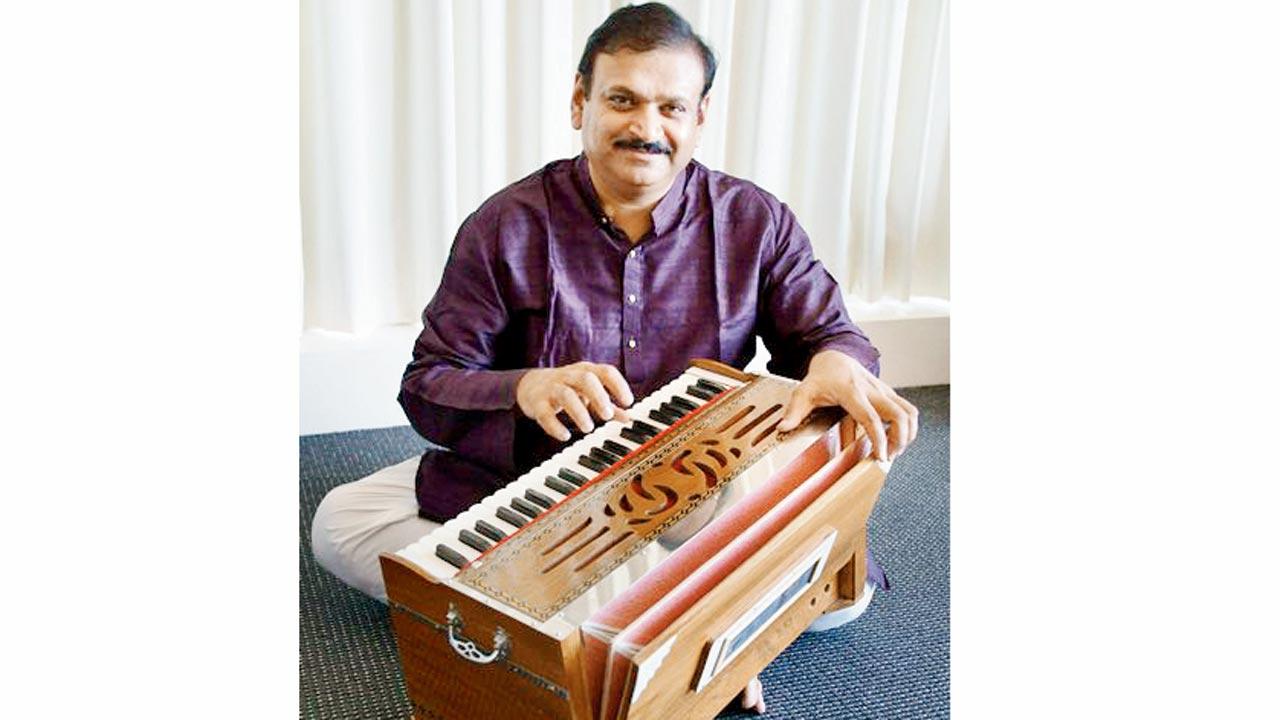 Harmonium exponent Sudhir Nayak explains that unlike Western music based on harmony, Indian music is more based on melody

When hazuri raagis (anthem singers who also play instruments) expressed concern over the move, SGPC leader Harjinder Singh Dhami agreed that efforts would be made to revive the tradition of kirtan string instruments. , but gradually. “Until then, the existing harmonium accompaniment of kirtan recitation, which has been going on for more than a century, will continue. After three years, even if we completely reintroduce the tanti saaz, I don’t see the harmonium disappearing. It will continue to be played out, ”he insisted, speaking to Sunday at midday.

Although limited to a single community, the news sparked a debate over the use of the harmonium among classical musicians and performers in the subcontinent where genres such as folk, devotional and ever-popular film music have seen the western harmonium take firm root with its accompanying omnipresence.

“Musicians in northern India adopted it immediately because the hand-pump version helped them play while seated on the floor,” says harmonium exponent Sudhir Nayak. “He was able to shade or mimic the singer’s vocalizations and stabilize the flow of the composition. It was easier to learn, tune and play than tanpura and sarangi. Unlike Western harmony-based music, Indian music is more melody-based and playing with one hand was adequate. 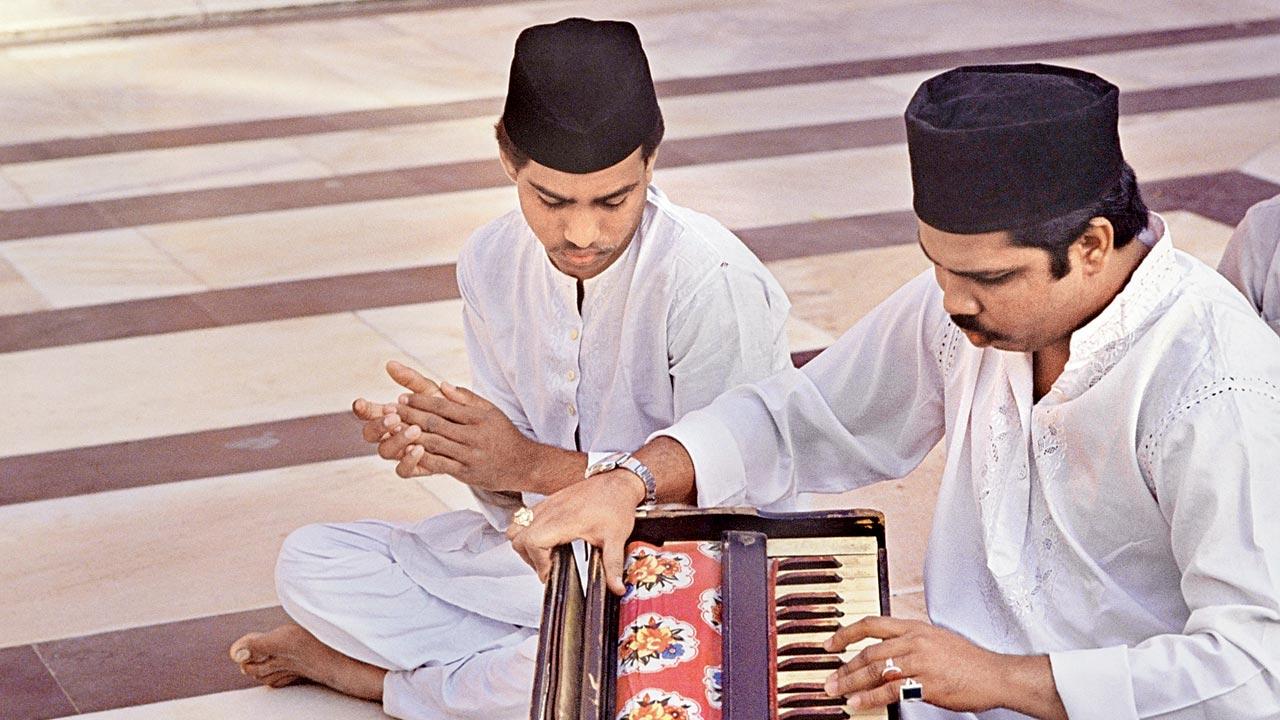 Qawwals at the shrine of Sufi saint Nizamuddin Auliya in Delhi. The harmonium has become the main and only instrument of the qawwali. Gradually it gained a reputation as a devotional musical instrument in four traditions. Photo/Getty Images

This is not quite the first time that the instrument has been at the center of debate. When the Swadeshi movement sparked by the partition of Bengal in 1905 propagated the idea of ​​aggressively rejecting all things British, the harmonium (despite originating from continental Europe and not Britain) became a target unfortunate, despite the fact that the version used at the time was one that was adapted by an Indian.

Before his arrival, most Hindustani singers sang to the accompaniment of the sarangi, a bowed, short-necked instrument, says Gwalior gharana dean Neela Bhagwat, who prefers to use it while performing. “Although closest to the human voice, the sarangi needs a minimum of eight to 10 years of dedicated training for the most basic skill. Compare that to the harmonium, the basics of which you can learn in days” , she says, adding: “No wonder the harmonium has started to replace the sarangi as the accompaniment of singers.

Explaining the limitations of the harmonium, she says that while Indian music’s idea of ​​12 notes in an octave is almost the same as in Western music, there are significant differences. The Indian note in an octave does not correspond to a specific pitch point, but to a tessitura with multiple nuances. “No keyboard instrument can do that,” she says, “it can only play one note or the next. The harmonium also cannot generate the meend [glide from one note to another] like the sitar or the veena. It was felt that the sound ornaments and trills, which are the hallmark of Indian classical music, could not be played effectively on the harmonium.

This gave more power to the Anti-Harmonium Squad. All India Radio, then India’s monopoly broadcaster, banned the harmonium from 1940 to 1971. Since then it has been allowed in the broadcasting of orchestral music, but a solo harmonium recital on AIR is still flouted.

Incidentally, although Rabindranath Tagore took a great liking to the instrument with which he composed several songs, the Nobel laureate later grew weary of its musical limitations but banned its use in Shantiniketan.

Legendary singers Ustad Bade Ghulam Ali Khan, Begum Akhtar and Pandit Bhimsen Joshi however used the harmonium to accompany them in singing. “It had a rich, continuous tone that only a sarangi player or violinist with a steady hand and impeccable bow control could match,” Bhagwat explains.

As well as being easy to pick up, the harmonium was excellent for group singing, loud enough for the drone to fill a concert hall, and so it’s still the key instrument for teaching students the basics. music and singing. Hindu and Sikh groups quickly adopted it for their devotional music (bhajan, kirtan, dhun, shabad), using tabla or dholak for percussion, as well as bells and cymbals.

The Christians were not left out; they used it to sing hymns in Indian languages. The harmonium has become the primary, and often the only, instrument of qawwali, a devotional musical tradition of Sufism that dates back seven centuries. The instrument had now rightly developed a reputation as an accompaniment for devotional music in four religious traditions of the subcontinent. Carnatic music did not warm up to it as much as on the violin (another Western import) which came later, with the exception of Perur Subramanya Dikshitar or Palladam Venkataramana Rao, who used it.