The Swedish Royal Family looked stylish this evening as they attended the Polar Music Prize ceremony at the Grand Hotel in Stockholm.

King Carl XVI Gustaf, 76, and his wife Queen Silvia, 78, attended the international award along with Crown Princess Victoria and her husband Prince Daniel, as well as Prince Carl Philip.

Victoria, Crown Princess of Sweden, 44, looked chic in a black off-the-shoulder bardot jumpsuit for the occasion.

She kept her hair slicked back and opted for neutral makeup with dark eyeliner.

Victoria, Crown Princess of Sweden, 44, and her husband Prince Daniel, 48, pictured at the annual Polar Music Prize ceremony at the Grand Hotel in Stockholm 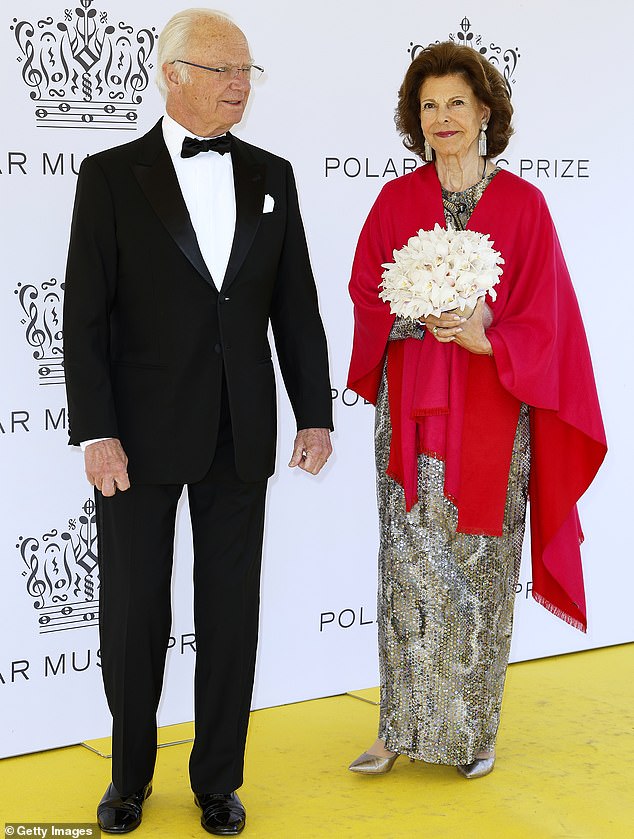 His Majesty King Carl XVI Gustaf of Sweden presented the award to this year’s winners. He was accompanied by his wife Queen Silvia

She wore a single gold bracelet on her wrist and a pair of gold dangling earrings. The princess was also pictured holding a bouquet of bright orange marigolds and was accompanied by her husband Prince Daniel.

The royal family attended the award, which is often described as the Nobel Prize in Music.

It celebrates two winners, a contemporary and a classic, for significant achievements in the music industry. 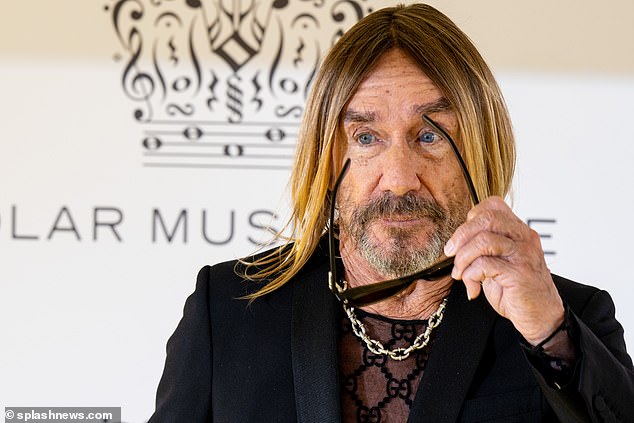 This year, American musician James Newell Osterberg Jr, aka Iggy Pop, 75, was honored alongside the Ensemble intercontemporain, a leading contemporary music ensemble based in Paris.

The 2022 winners were presented with their awards by His Majesty King Carl XVI Gustaf of Sweden during the awards ceremony.

The king wore a black tuxedo and was accompanied by his wife, Queen Silvia, who, like her daughter, held a bouquet of flowers.

The queen wore a silver sequin dress, with metallic heels and matching earrings. She added a splash of color to her outfit with a luxurious red shawl, matching her ruby ​​lipstick. 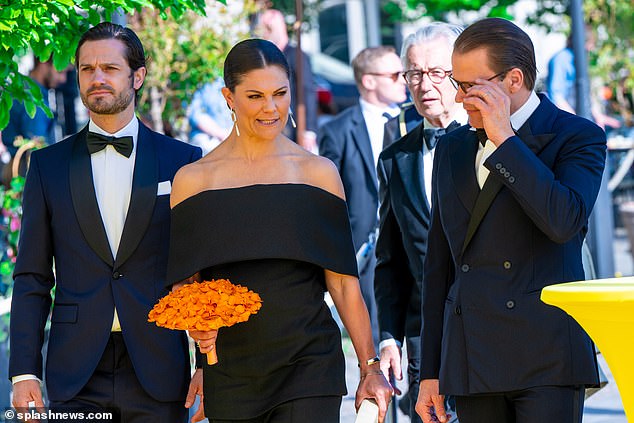 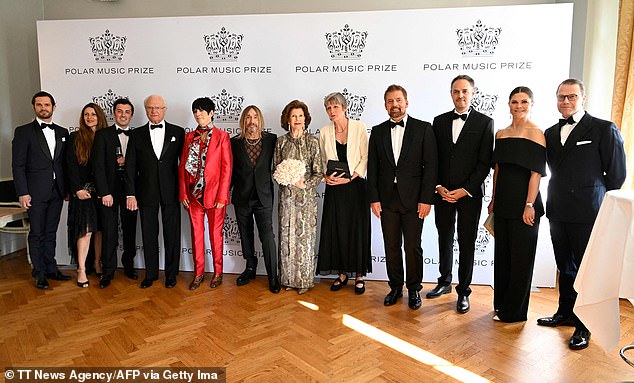 The event, founded by the late Abba director Stig Anderson, marks its 30th anniversary this year, with the first honor having been given to Sir Paul McCartney in 1992.

Iggy Pop, who has been dubbed “the godfather of punk”, called himself “neither great nor real”, adding “I am a myth” as he accepted the prestigious award.

Earlier this month, the Swedish royal family hosted a state banquet for Finland’s president and his wife during their two-day state visit. 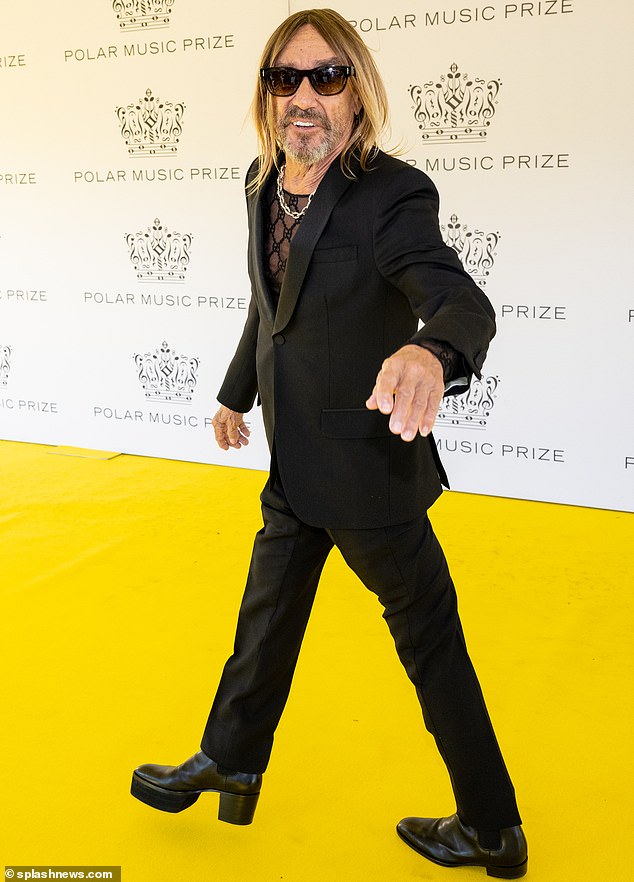 Iggy Pop, who has been dubbed ‘the godfather of punk’, called himself ‘neither great nor real’, adding ‘I’m a myth’ as ​​he accepted the prestigious award