(July 15, 2021 / JNS) The Archbishop of Canterbury, Justin Welby, announced that the Church of England was planning to offer its “repentance” for the Church’s anti-Semitic laws that were passed in the 13th century.

Next year will mark the 800th anniversary of the 1222 Oxford Synod. Among a number of grossly discriminatory measures, it implemented decrees that prohibited Jews from holding public office and required them to wear clothing that distinguished them from Christians. These laws, the church says, increased anti-Semitic sentiment and led to the first national expulsion of all Jews from England in 1290.

This synod took place before the birth of the Church of England centuries later, after the Reformation. Welby therefore proposes to repent of the hatred of the Jews of the medieval Catholic Church.

He is right, however, to identify general Christian belief as the source. Britain has never faced its history of murderous fanaticism against its Jewish communities. In the 12th century, Jews were burned alive in pogroms instigated by hysterically anti-Jewish priests.

These barbaric excesses were clearly of their time. However, it is difficult for the church to draw the line on its anti-Jewish past as theology still stands in the way.

The New Testament’s call for lifelong retribution against the Jewish people for their alleged crime of deicide by the crucifixion of Jesus, amplified by the vicious bigotry of the early Church fathers, turned the Jews into demons and justified their slaughter for theological reasons.

There have only been two periods when Britain has become positively Judeophile rather than Judeophobic. The first took place in the 17th century under the leadership of the Puritan Lord Protector of England, Oliver Cromwell, and the second in the 19th century under the influence of Christian evangelism.

Both periods involved what might be called Bible-faithful Christians who believed that the Jews were God’s chosen people and that they were destined to be restored to their “promised land” of Israel.

In America, the majority of Christians hold similar beliefs. This is why there is such strong support for Israel among American evangelicals. But that is not true of progressive Christian denominations in America and Britain, the Church of England among them.

It is because the religious faith in these churches is so weak that they have been particularly vulnerable to the onslaught of secularism.

Replacing faith in God with faith in humanity to improve its lot, they fell under the influence of liberation theology promoted by the World Council of Churches, whose neo-Marxist, anti-capitalist, anti-Western attitudes opened up. the way for liberal Christians to embrace the “social justice” program.

Since this program demonizes Israel as a colonialist oppressor, progressive churches have aligned themselves with this “new anti-Semitism” – the demonization of the collective Jew in the State of Israel.

This ancient doctrine, which was responsible for the murderous Christian pogroms against the Jews of medieval Europe, held that the Christians had replaced the Jews in the sight of God and had inherited all the divine promises made to them while the Jews had them. even had become the devil’s party.

Today, this doctrine has been appropriated by Palestinian Arab Christians to claim that it was the Palestinians who inherited the divine promise from the Land of Israel. This Palestinian “liberation theology” has been adopted en bloc by the World Council of Churches, as well as by progressive churches in Britain and America.

Two years ago, the Church of England published a teaching document on Judeo-Christian relations entitled “The Infallible Word of God”. It has been described in the British press as a long overdue “call to repentance” for anti-Semitism and recognition of Christianity’s role in the Holocaust.

In the remainder of this document, Archbishop Welby wrote: “Too often in history the Church has been responsible for and complicit in anti-Semitism – and the fact that anti-Semitic language and attacks are on the increase in the Kingdom. United and Europe means we cannot be complacent.

Yet this rise in anti-Semitism has been fueled to a large extent by the false belief that the Jews are modern usurpers of the Land of Israel.

This document actually reinforced that belief by speaking warmly of Palestinian liberation theology and failing to recognize that the Jews were the only people for whom the Land of Israel had ever been their national home. Instead, he simply said, “There has always been a Jewish presence in the land since Biblical times. “

Previously, the General Synod of the Church of England published in 2002 “Israel / Palestine, An Unholy War” in which it claimed that Palestinian bomb attacks against Israelis were motivated by “desperation” and “deprivation”. deeply rooted social, economic and political, ”and suggested a moral symmetry between Palestinian murderers and their Israeli victims.

And in 2014, another church report titled “Land of Promise? Once again historical facts handpicked to obscure the Jewish people’s unique claim to the Land of Israel.

He criticized the Israeli “settlements” and the “separation barrier” as evidence of Israel’s failure to fulfill the responsibilities that accompanied the biblical “gift” of the Jews of the land. And he wondered if it was possible to find an interpretation of history and Scripture that would satisfy Zionism while recognizing “the suffering of Palestinian communities and others affected by the Zionist project.”

Apologizing for the attitudes that fueled hatred of Jews in the past is worthless if similar attitudes are to be found in the church today. And unfortunately, they manifest themselves in this unholy symbiosis of anti-Zionism and theological doctrine.

Even secular people regard the church as a moral benchmark of truth and integrity. The pernicious lies that these Christians spread about Israel are therefore regarded as unmistakably true by people far beyond Christian circles.

Even in ungodly Britain, progressive Christians have played a hugely disproportionate role in fueling the new anti-Semitism through the influence of the Church of England itself, Christian NGOs, and other Christian institutions.

Shouldn’t the Church of England atone for all of this rather than an event that took place seven centuries ago?

The poisoned combination of Christian theology and the social justice agenda is now making inroads even among America’s grassroots Christian supporters. Earlier this year, a survey by the University of North Carolina at Pembroke found a sharp decline in support for Israel among young American evangelicals.

Supporting Palestinianism allows these young evangelicals to appear cool to their lay peers. The twist is that Palestinian “replacement theology” also allows them to tell themselves that they are still faithful Christian believers.

It’s just that they now believe in the ridiculous fiction that Jesus was a Palestinian, and its grotesque fallout that Israelis crucify Palestinians today.

Apologizing for the past is not enough. Tackling Christian anti-Semitism involves confronting its anti-Israel element head-on.

It doesn’t just mean acknowledging the pernicious lies and distortions about Israel perpetrated by the church; it also means recognizing the roots of this sectarianism in Christian theology.

Only such honesty would begin to reconcile Christians and Jews, and pave the way for a partnership between these two parent-daughter faiths which is essential if one is to defend the West against the forces that threaten to bring down its culture and its historical values.

Melanie Phillips, British journalist, host and author, writes a weekly column for JNS. Currently a columnist for “The Times of London”, her personal and political memoir, “Guardian Angel”, has been published by Bombardier, who also published her first novel, “The Legacy”. Go to melaniephillips.substack.com to access his work.

Next AI is the key to spotting fake news 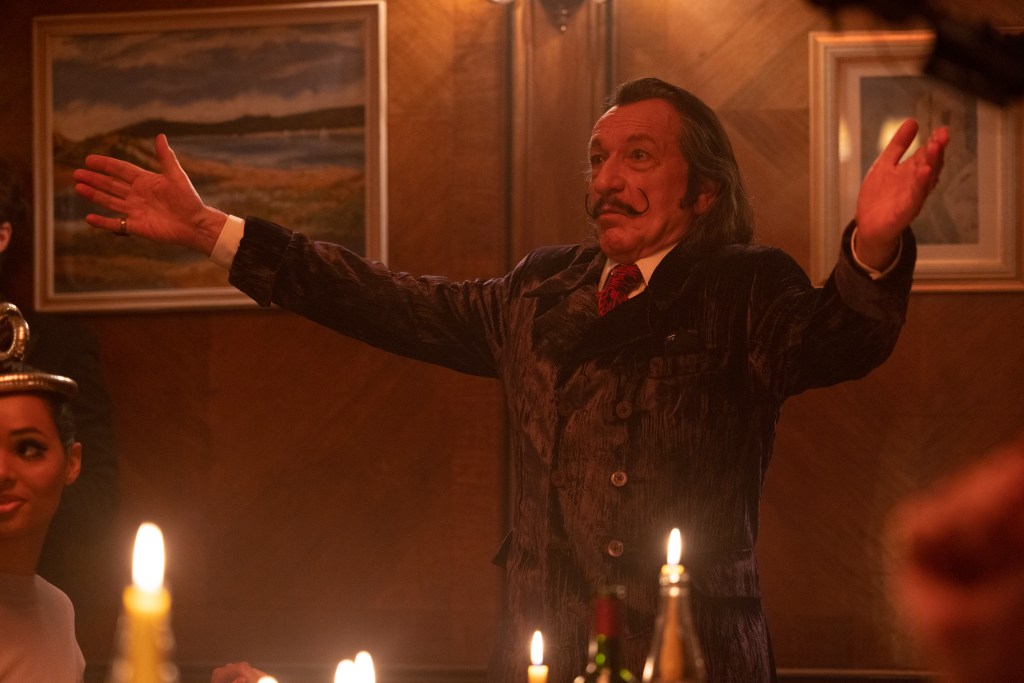