The Shanghai Symphony Orchestra unveiled its 2022/23 musical season with “double opening concerts” on Saturday and Sunday.

He performed Edward Elgar’s “Cello Concerto in E Minor” which was rearranged for viola by Lionel Tertis, a piece he first heard in seventh grade and immediately loved.

“I liked the melody straight away, and later read stories behind it, including how Tertis rearranged it for the viola, which adds more context to the piece,” he said. he says, citing his musical influences from composers like Bach, Beethoven, Bartok and “less mainstream” Alfred Schnittke.

Elgar’s “Enigma Variations” was another piece performed on both nights. It achieved immediate popularity after the premier in London in 1899 and has since posed a “riddle” which has never been conclusively answered. It is widely believed that the riddle involves a hidden melody.

It was also the piece featured in a 1994 concert conducted by Yu, then 30, in his first collaboration with the symphony orchestra. That year, the violist Mei had just been born in the province of Hunan. He started learning the violin at the age of five.

“Probably the greatest moment in my musical career was when I switched from violin to viola at the age of 10, when my teacher Wang Shaowu came to my hometown for recruitment. He introduced me viola, and the minute I tried it, I knew it’s my instrument,” Mei said. 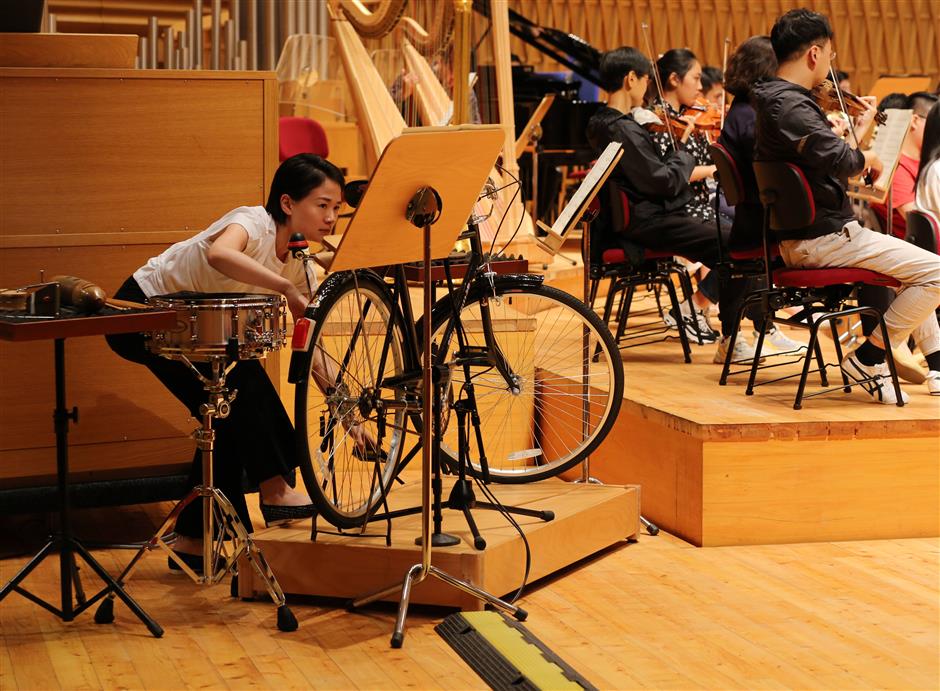 What differentiates the two opening nights is Elgar’s “Pomp and Circumstance March No.1” on Saturday and Sunday the world premiere of “The Wheel of Time”, commissioned by the orchestra from young composer Fay Kueen Wang.

The bicycle, once the main mode of transportation in China, has become a musical instrument on stage. The arrangement of the double overture with both classic works and new commissions reflects the overall repertoire of the season which strives to strike a balance between class and fun.

“Shanghai is a city intimately connected with music and a window for international cultural exchange,” Yu said.

“Here, people feel the beauty of life and the hope in music. Thus, our new music season will continue to enhance the city’s musical cultural life, introduce good music to Chinese audiences, and introduce Chinese culture to the world.

The season will see two more world premieres, “The Legend of Monkey King” by Liu Sola and “Ode to Silk Road” by Yu Ji. 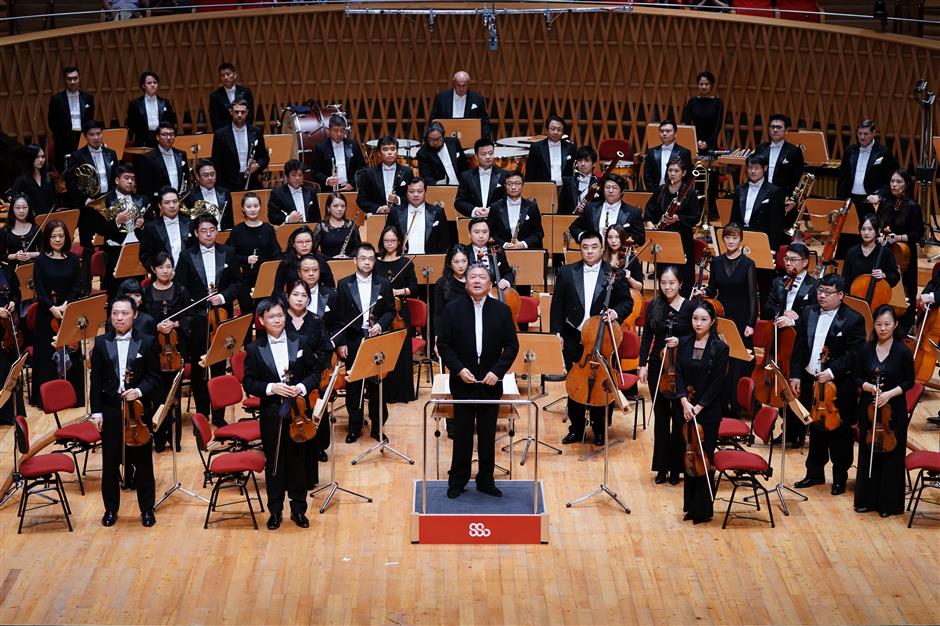 The two new commissions will be conducted by conductor-in-residence Zhang Jiemin. She will also join conductor Zhang Lu for a special concert commemorating the centenary of renowned composer Zhu Jian’er, where each conductor will lead the orchestra in a performance of a piece by Zhu.

Zhu’s works will also be celebrated during the orchestra’s Chamber Music Series, which will feature his chamber works.

Soprano Yu Guanqun, artist in residence for the new season, takes part in five performances including Verdi’s “Requiem”, the New Year’s Concert and the semi-staged Carmen.