Formed in 2002 by four students from the Sydney Conservatory of Music, the Nexas Quartet has established itself as one of Australia’s tightest virtuoso ensembles. The quartet, composed of saxophonists Michael Duke, Andrew Smith, Nathan Henshaw and Jay Byrnes, have met with success both in concerts and recordings. On the eve of its 20th anniversary, the Nexas Quartet announced a new season of four concerts throughout the year, featuring a collection of works by classical and modern composers. 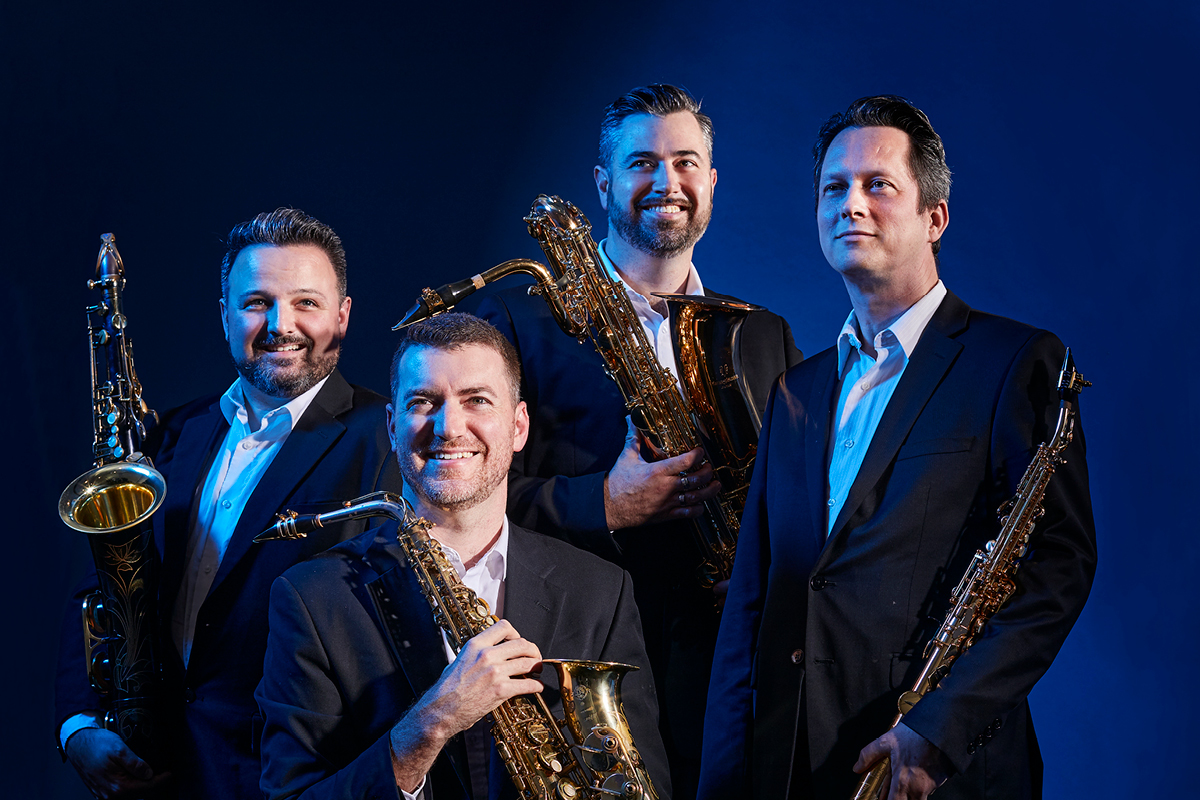 “It’s time to celebrate our 20th anniversary, and to do that, we’re going home to the Sydney Conservatory,” Nexas said.

The season starts in March with Americana, inspired by American landscapes. The program begins with Dvořák’s String Quartet No. 12, the “American” quartet. Inspired by a summer vacation while working in New York City, Dvořák’s famous American pieces draw on traditional spiritual melodies and traditions, fused with his European ideas. The concert also features American composer Jennifer Higdon Short stories, a work in six movements written to showcase the virtuosity of the saxophone quartet.

In June, the second concert, Crossing, explores the role of the saxophone as a bridge between classical music and jazz.

“The saxophone was born as a classical instrument, but it was jazz that secured its place in history. Crossing presents works by composers who merge these two worlds, ”said Nexas.

The program opens with Bob Mintzer’s Quartet No 1, originally commissioned by The Apollo Saxophone Quartet of Manchester, followed by the Saxophone Quartet by Australian composer Graeme Jesse, by Carlos Alvardo Sunflower and the world premiere of a new commission by Sydney-based composer Jeremy Rose.

The third concert for 2022, Angels and Demons in October, will see the Quartet joined again by famous American harpist Emily Granger after their first collaboration in 2018. The program includes Ravel’s masterful Introduction and Allegro, Saxophone Quartet No 6 by Russell Howland with harp, Wijnand van Klaveren Songs with words and Debussy Sacred Dance and Secular Dance, arranged by Andrew Smith. The concert also includes two world premieres – that of Australian composer Lyle Chan Gravity and lightness on the Earth which breathes the sun and Nexas member Michael Duke’s Angels and Demons.

“The saxophone has long been vilified as the bad boy of the musical instrument world, banned by both popes and fascist dictators as a symbol of debauchery and hedonism. On the opposite end of the spectrum we have the all-angelic harp, the instrument of Gabriel, Cupid, and all good things. Put them together and sparks fly, producing a vastly unexplored new world of sound, ”Nexas said.

The last concert of the year in December, Ghost rails, looks back on the history of the saxophone quartet repertoire, starting with one of the great names of the genre, Alfred Desenclos Quartet. Also on the program, that of Thierry Escaich Prom and Australian composer Nicholas Vines’ Ghost rails.

“[Ghost Rails is] a programmatic work full of contrasts and drama telling the story of the railways around the central station, Nexus will take you on an unforgettable journey, ”said the Quartet.

You can find more information on the 2022 season of the Nexas Quartet here.