If you shoot portraits, I can almost guarantee that a musician will ask you to take pictures at some point. Whether you are a professional or an amateur, it doesn’t matter. Musicians are usually avid photographers and need a constant carousel of images for their publicity and social media.

However, it’s not always so easy to take a great photo of a musician. And usually they don’t just need action shots of them playing, they need a mix of head shots, instrument shots, full body shots, atmospheric photos and often photos that would work on an album cover, even in our time. digital music downloads. 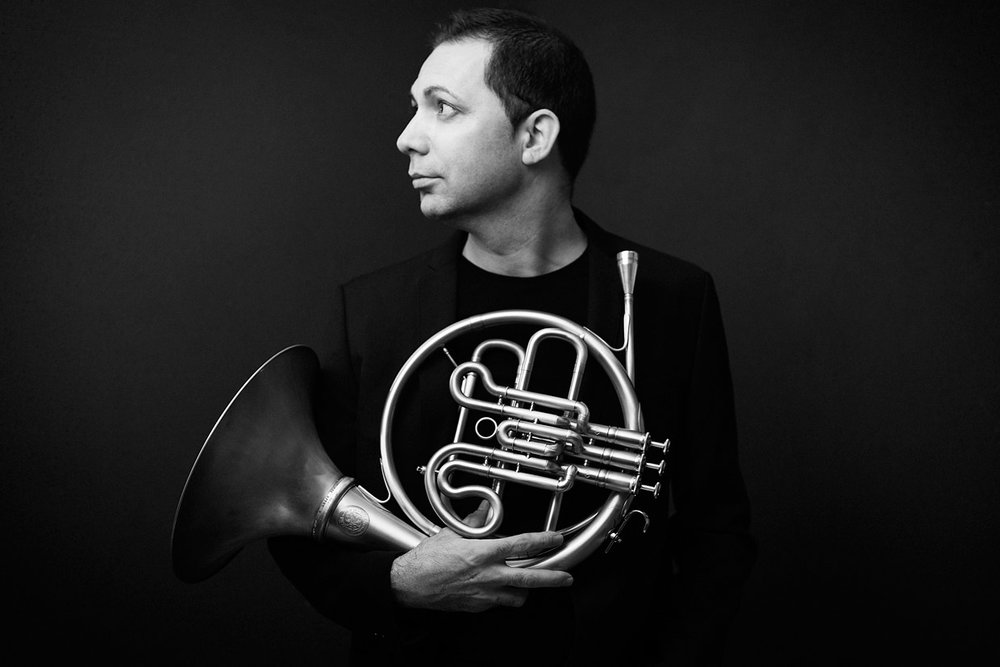 I am not only a photographer, I am also a musician. I have a degree in music and have been playing and performing since I was 6 years old. Music was actually the reason I got into photography. From filling free time while on tour to taking promotional photos for my colleagues and friends, it was a very gradual transition from being a full-time classical musician to becoming a full-time photographer (with a lot of hard work and studies no less!).

I continued to photograph and film musicians until today and it is something that I take great pleasure in. It’s incredibly rewarding when your work helps other artists share their music.

Plan ahead and find interesting places

Studio shots are a bit of a mainstay in terms of portraits, and while it’s important for a musician to have a few portraits for program vignettes, it’s becoming increasingly popular to shoot in other locations. The main interest of a photo of a musician is to attract attention. If you think about it, we almost always see the visual promotion before we hear the music.

Some of my favorite shots I’ve taken for musicians have taken place in unusual places: a local cafe, a castle, a field in the middle of nowhere, in the middle of a wood. As always with photography, planning ahead is your friend. But don’t think you have to stick to conventional venues like concert halls and churches. Always check if you need to ask permission first.

For example, the image below is a composite where the three musicians were shot separately from the background in a studio. They wanted to be photographed in the old silk exchange, but being a UNESCO site they don’t allow lighting or tripods inside so we had to find an alternative solution.

There is a need for long shots as well as close-ups in a musician’s image gallery. While it is true that many musicians do not have a good picture of their face, in my opinion the use of such pictures is limited unless they are singers. It’s an important aspect of course and definitely something to include, but it shouldn’t be the point of the shoot unless they specifically asked for it.

You don’t have to show the whole instrument all the time with every shot. The inclusion of a small part, for example, of a guitar or simply the roll of a cello, always gives the idea that it is a musician and can help to replace the focal point of the piece. image on the human subject.

I also like to include those quiet moments between the scenes. These are often some of the most interesting and authentic shots you’ll get and many people find this aspect of a musician’s life fascinating. Most people don’t get a behind-the-scenes look before a gig or during rehearsal, so don’t overlook those little moments.

This shoot was for a cellist who also writes music and sings, so I wanted to show those different aspects. I also like to show behind the scenes. I love this photo of her taking a moment during her practice to mark the music.

Also include some shots, and that’s when you can push yourself to be a little more creative. How about a top-down shot on the keyboard for a pianist? Or a very low angle that makes the double bass even more imposing? Or how about taking photos outside at dusk under a street lamp?

It was for a French jazz horn player. It’s not usual to play jazz on a French horn, so I wanted to create a nod to all the greats of jazz and evoke this atmosphere.

An example I had recently involved a harmonica player. The harmonica is perhaps the worst instrument to pull while someone is playing it, as it is placed very close to the face and both the face and the instrument are completely covered by the player’s hands. In the end, we used the amplifier as a prop and just had the musician holding the harmonica in his hand in a casual way.

Give lots of direction

Unlike actors and models, musicians are generally rather uncomfortable in front of the camera. They need the confidence boost of a little (or a lot!) of direction from the photographer. Singers often know a little better how to act in front of the camera because so much of their work involves some degree of acting. But generally, I find musicians to be like photographing anyone else in that regard. The exception is of course when you ask them to play something. It is often at this moment that the magic happens and the subject forgets that he is in an artificial situation, he is just playing.

Direction is especially important if you are photographing any type of group or ensemble. For groups of more than 5 people, I like to divide it into small groups of 2, 3 or 5 people to create a more interesting composition. You can then control the lighting more easily if you use strobes, and even create a composite.

You want to strike a balance between musicians who look comfortable together, but don’t have to feel like a family. It’s not easy because musical ensembles usually have a vibe closer to that of a group photo of a corporate office, and the body language has to show that somehow. But I always steer clear of anything that looks too cozy, ideally they should look like friends rather than relatives!

Include the instrument, but make it look natural

The instrument must be an integral part of the composition. He must have a status equal to that of the musician and not become more or less important. It’s a delicate balance to strike, and something I’ve spent years trying to find. The other tricky thing is to make the instrument look natural if it is held by the musician. The best way I’ve found is to get them to take it in the most natural way they usually do, and then you can make small, minor adjustments from there.

How to carry a double bass!

It is extremely important that you let the musician interact with their instrument in the most natural way possible, especially if they play it. Great attention to detail is given to seemingly small details, for example the mouthpiece and the way the string players hold the bow. If you make adjustments to these things, you might run the risk of making an experienced musician appear like a beginner.

This shoot turned into an improvised concert, another great benefit of the job!

The other thing I do is make sure I never pick up or touch the instrument. These instruments are often very old, very fragile, were made specifically for the musician, and are often incredibly expensive. I treat them a bit like photographing a newborn baby!

Early in my career, I made the mistake of making a video for a string quartet of asking the members to do fun things like ride a bike with the violin (in a case) on their back or bring a cello on a boat. Only then did I find out that the instruments were on loan to the musicians and were collectively worth $3 million! I certainly won’t risk making that mistake again and I can’t take responsibility if anything bad happens.

Tell a story and get creative

One really fun aspect of working with musicians is that they’re creative fellows, but they’re often not as visual. It’s really great because between you, you can bounce ideas around and it’s usually a very fertile environment from a creative point of view, with them introducing ideas from other areas of inspiration.

There are also often fewer constraints than say with other genres of portraits or the sale of a product. You can explore alternate concepts and really go wild, which you normally wouldn’t be able to do. I find the musicians to be much more open-minded about some of my craziest ideas than other clients would be!

It’s also a good idea to research the background of the music they play. If it’s a band or ensemble, there are probably some important songs or works in their repertoire, many of which have a story behind them. It’s still great fodder for coming up with concept ideas and shoots.

You can also create interesting effects to invoke the emotion or sound of the music they play. If you want artistic game plans, you can have them play things out in a very slightly different way to create the effect you want. Motion blur might sound really great for drummers or string players, but you’ll need to take some time with them to experiment with the speed of movement and the distance they move.

You may need it to limit or exaggerate the movement to create the desired effect. In this case, I would still show the images to the musician during the process to check that they are happy with how everything looks. It’s no different to photographing a ballet dancer, they know their technique and what looks appropriate in an image. Ask them, they are the experts.

Basically, it’s an absolute privilege to work with other artists, and photographing musicians is a very special thing to do. You almost always hear amazing music, often getting your own private gig in the process. I love to hear what projects they have coming up, where they’ve been performing recently, and any new inspiration they’ve had.

Professional musicians are like athletes, but with small muscles in the hands, fingers and, depending on the instrument, lips and feet. It is an extremely demanding profession, requiring hours of study and practice from an early age. It requires the focus of a golfer, combined with the precision of an archer, the stamina of a marathon runner and, on top of that, the ability to let it all go and be completely in the moment. It’s a wonderful thing to be able to show that dedication and strength in an image.