DECATUR – Three groups of colleges and high schools from Decatur offered a little Christmas joy on December 8, to the delight of spectators and supporters of the Decatur music program.

The hour-long program was part of the band’s annual Christmas concert at Lloyd Peterson Gym in Decatur. Three groups, under the direction of six-year veteran Jesse Wyatt Owens, performed Christmas classics, as well as holiday music from different cultures around the world.

The first was the future of the music program, the debutant group Decatur Middle School. The 16-piece group of sixth-graders began the concert by performing a group of seven single pieces that showcased what these young music students have learned over the past four months.

The rookie group started their program with a traditional Christmas carol to “Jolly Old St. Nick”. The group performed two pieces by Robert Sheldon, followed by English and German folk songs, the traditional English song “Good King Wenceslas”, and concluded their performance with “Rock This Band” by Sheldon.

The college orchestra, 19 musicians in total, have been playing their respective instruments for two years or more. The three pieces performed by the ensemble included “Aline” by Harol Bennett, arranged by Larry Clark; “In the Bleak Midwinter” by Gustav Holst, a late 19th century English composer; and “A Festive Final” by Bran Balmages.

For some of the college band, it was their last Christmas gig with the band. Next year, eighth-graders, if they choose to move on, will be promoted to the high school group, which was the last group of the evening.

The group of 18 musicians from the advanced high school is made up of the most experienced musicians from the Decatur program. Many of these performers were studying music long before entering the beginner group. Some began to learn to play an instrument – piano, guitar, violin – or to sing at the age of 7.

The high school orchestra is made up of two flutes, two clarinets, two alto saxophones and a tenor, four trumpets, a trombone, a euphonium, a tuba and four percussionists.

The three pieces that the ensemble performed during the concert reflected the experience of the musicians. Leroy Anderson’s “Sleigh Ride”, arranged by Michael Story, was the first of the Christmas arrangements. The band closed the program with “Gently” by Brain Hogg and “African Holy Night” arranged by Robert Smith.

For most of the high school band members, the Christmas concert was the first of three performances for the week.

The Decatur High School Marching Band was the featured musical group at the Decatur Chamber of Commerce Christmas Parade on December 10. The marching band barely had time to unpack their bus before it was time to reload it and head west to march in the 2021 Tulsa Christmas Parade in Oklahoma.

Westside Eagle Observer / MIKE ECKELS Celeste Vang, a sixth-grader at Decatur Middle School, adds her talent as a young flautist to 15 of her classmates Thursday night during the first part of the DMS / DHS Band Christmas concert at Peterson Gym in Decatur. 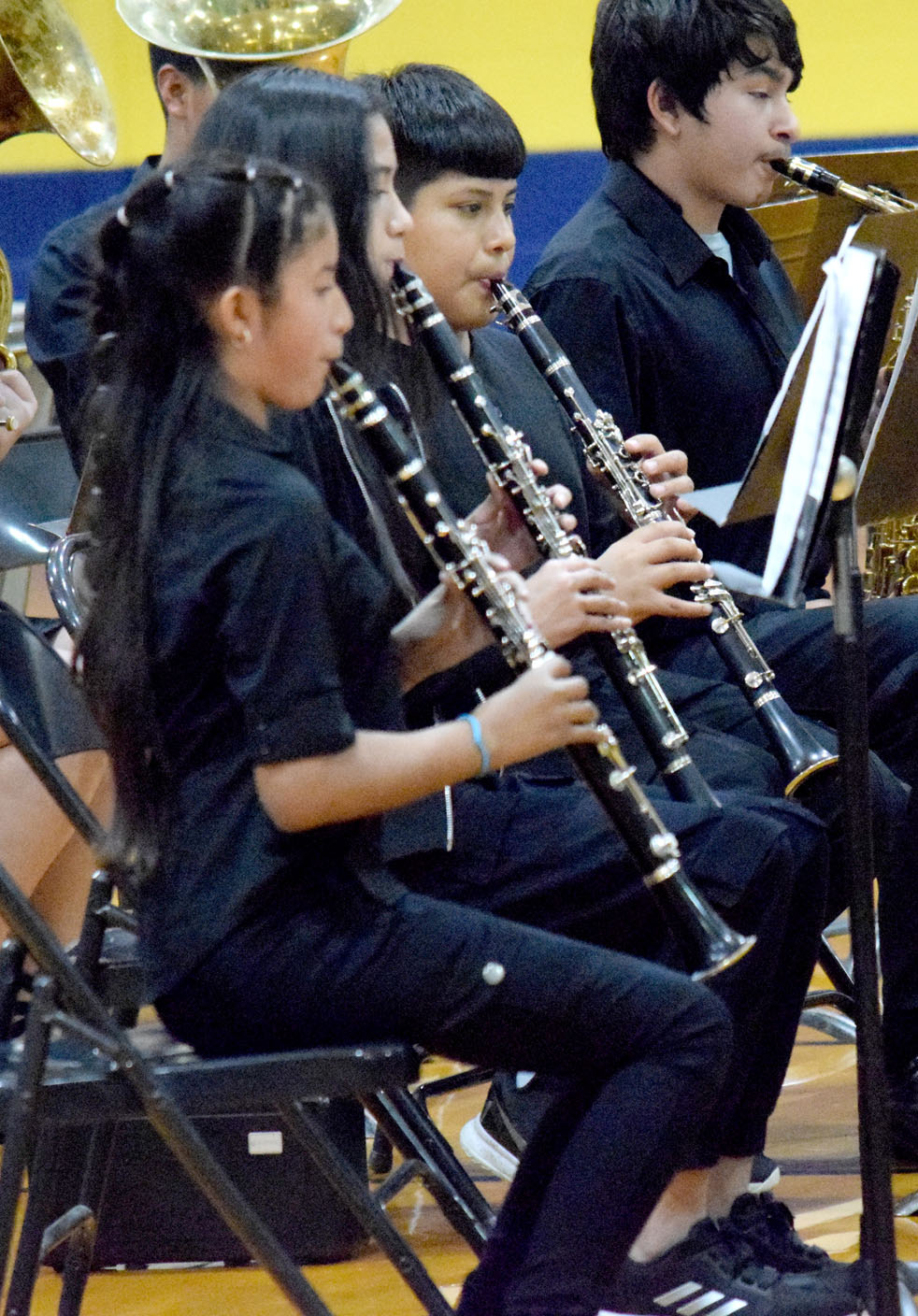 Westside Eagle Observer / MIKE ECKELS Part of the woods section of the Decatur Middle School Band focus on their musical score as the group combines with 14 other musicians to perform one of three seasonal pieces at the DMS Christmas concert / DHS Band at Peterson Gym Thursday night. 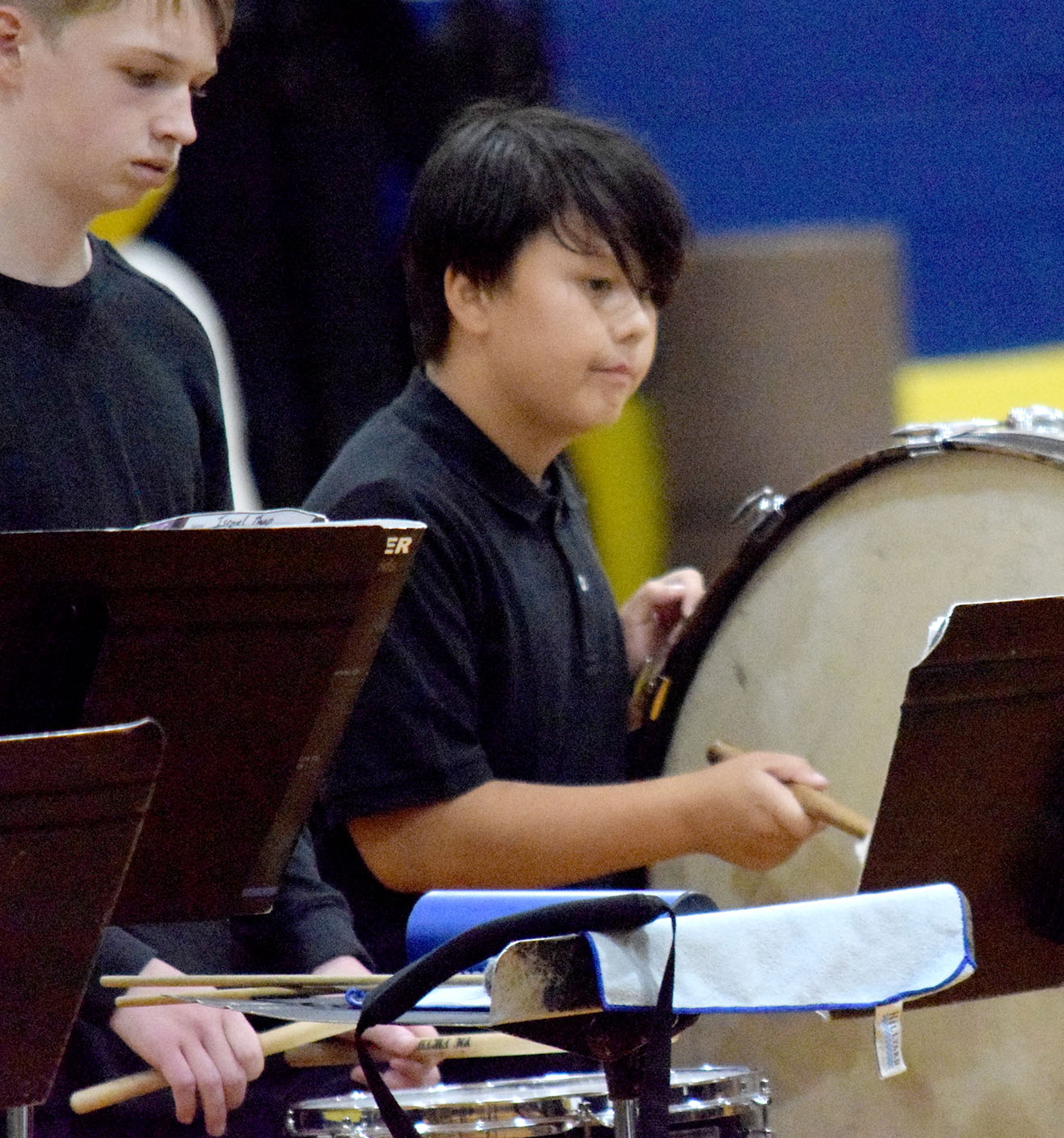 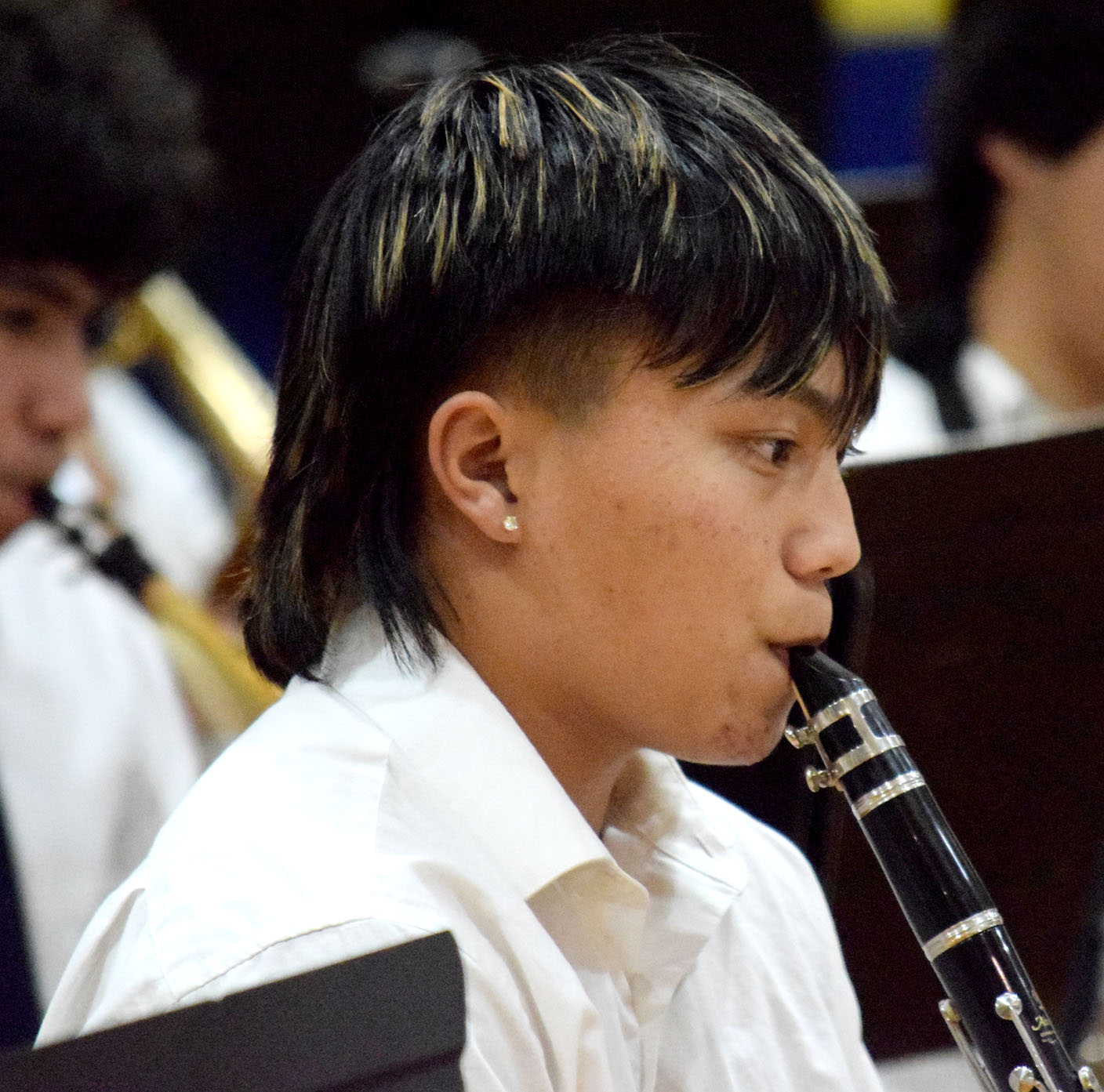 Westside Eagle Observer / MIKE ECKELS Senior Poli Xiong focuses on his music as he lends his clarinet skills during the 2021 DMS / DHS Band Christmas concert at the Peterson Gym in Decatur on Thursday night. Xiong has been a member of the high school band for four years and performed his last Christmas concert before graduation in May 2022.