Kristian Matsson (aka The Tallest Man on Earth) returned to Boston at the Royale for the first time in nearly two years on March 5. Although this is his first live show in Boston since the pandemic, Matsson’s bond with his fans remains as strong as ever.

In March 2020, when the world shut down and began a long period of quarantine, we saw touring musicians get creative with keeping the music live. Less than a week after the Covid-19 lockdowns in 2020, John Legend paved the way for concerts on social media, streaming an hour-long Instagram concert. Many musicians followed. The Tallest Man made YouTube its platform and offered viewers full live streams every week for two months. Each stream revealed some of Matsson’s musical influences as he covered Bob Dylan, Leonard Cohen and Joni Mitchell. Fans of The Tallest Man have discovered a whole new side to the entertainer through his online broadcasts. Much of The Tallest Man on Earth’s discography is played on guitar, but Matsson often played banjo, accordion, or piano versions of his original works. Throughout his streams, Matsson reflected on his muses and his own music-making process, even describing how he learned to play guitar and banjo. On the 10th anniversary of his popular album “The Wild Hunt”, Matsson played every song and revealed some of his playing muses and techniques. The consistency and intimacy of his live streams were unmatched at the stay-at-home era. gigs.

When Matsson returned to the stage at the Boston Royal, it was like he never left. Fans in the front row wore t-shirts from The Little Red Barn Show – his first in-person concert broadcast live from Sweden – proving their dedication and anticipation for the show. The banjo, which made frequent appearances on its online broadcasts, was a rare and sought-after feature of the show. Crowd chants clamored for more of the clanking instrument after his five-string rendition of “Somewhere in the Mountains, Somewhere in New York.” But Matsson stuck to his meticulously crafted setlist, switching guitars almost every song.

The tallest man in the world is a one-man show. For him, changing instruments throughout the show was as essential as changing songs to give the whole thing incredible depth and range. Each guitar was emblematic of its assigned song because they were tuned so differently and worked with different effects. Even without drums or bass, Matsson exuded rhythm and energy with his intricate patterns of picking and strumming. Every moment of the performance was filled with The Tallest Man’s electric spirit as he raced back and forth, clambered over chairs and speakers, and even performed while sliding his back to the floor. 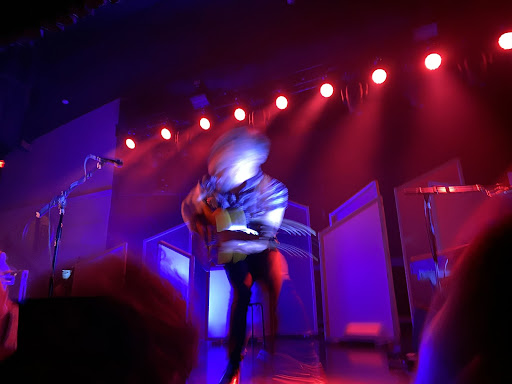 While the setlist highlighted The Tallest Man on Earth standouts — “King of Spain,” “Love is All” and “The Gardener” — Matsson went through his entire discography in his performance in Boston. Self-proclaimed “living aimlessly since 2020”, Matsson returns this tour to his fans rather than continue touring his latest studio release “I Love You”. It’s a fever dream. This spirit couldn’t have put on a better show. As if the song choices weren’t enough to show his gratitude to his fans and the opportunity to perform in person again, Matsson was explicit in thanking and celebrating the crowd between songs. 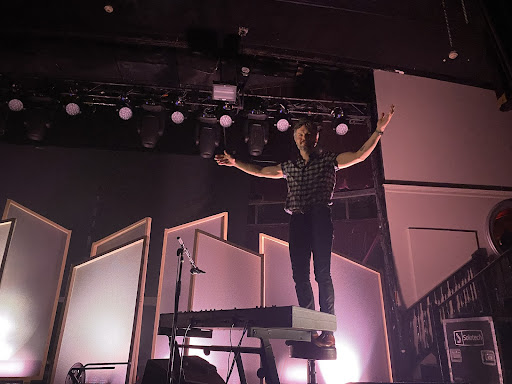 From the moment The Tallest Man twirled onstage to the tune of “För sent för Edelweiss” to the moment he climbed onto his piano stool to conclude his encore, Kristian Matsson reminded us of the joy of celebrating the live music. As long as his songs of hope and vitality on stage return to Boston, we will remember that joy.

– Writer Jacob R. Jimenez can be reached at jacob.jimenez@thecrimson.com.