NEW YORK – Leaders of America’s Jewish community gathered in Manhattan on Sunday to thank President Reuven Rivlin for his service on behalf of the State of Israel and global Jewish community in an early farewell ceremony of the president’s last trip to the United States as head of state.

Leaders of the Jewish Federations of North America, the Conference of Presidents of Major American Jewish Organizations, the American Zionist Movement, and the United Jewish Appeal highlighted Rivlin’s ability during his seven years as president to serve as a unifying figure, bringing Israelis and Jews from all backgrounds together.

“Through five elections in Israel and three administrations in the United States, through an extraordinary global pandemic, you have upheld the dignity of the office entrusted to you seven years ago,” said the chairman of the board of administration of the Conference of Presidents, Dianne Lob.

“You have navigated difficult political decisions with the grace of a dancer, and you have served as president for all citizens of Israel, with both a receptive ear and a voice for the Jewish community of the world. “

Rivlin for his part said that “building trust and cooperation among all tribes (of Israel) has been one of my goals as president,” a reference to a 2015 speech in which he said modern Israel is made up of four tribes – secular, traditional Jews and Arabs, ultra-Orthodox.

Rivlin on Sunday called Diaspora Jews the “fifth tribe” of Israel, telling leaders of America’s Jewish community that their “many years of support for the State of Israel … make you an integral part of society. Israeli.

Rivlin thanked the approximately 75 people present at the Moise Safra Center for their efforts to maintain bipartisan support for Israel in Congress, repeating the word “bipartite” three times.

Earlier on Sunday, Foreign Minister Yair Lapid, while meeting with US Secretary of State Antony Blinken in Rome, admitted that “mistakes were made” under Israel’s previous government and said: ” Israel’s bipartisan position has been hurt. We will correct these errors together.

Lapid argued that former Prime Minister Benjamin Netanyahu prioritized his relations with the Republican Party, angering Democrats in the process, and pledged to mend those ties as foreign minister.

Rivlin also noted the rise of anti-Semitism in the United States in the context of the Gaza war last month, noting that the “US President [Joe] Biden and his administration are committed to combating this mistaken hatred, and I promise you that the State of Israel will always be at the forefront of the fight against anti-Semitism in the United States and around the world.

Rivlin and the other speakers took the opportunity to express their sadness over a building collapse last week in Surfside, Florida, where several dozen Jews are among more than 150 people missing.

Rivlin, who will travel to Washington DC to meet with Biden on Monday, said he would take the opportunity to present Israel’s opposition to a US return to the Iran nuclear deal.

Recognizing that while there may be disagreements between the parties, “we will deal with them as friends always do.”

Rivlin highlighted the presence of Leah Goldin, who will join the Israeli delegation to meet with senior US officials in Washington. 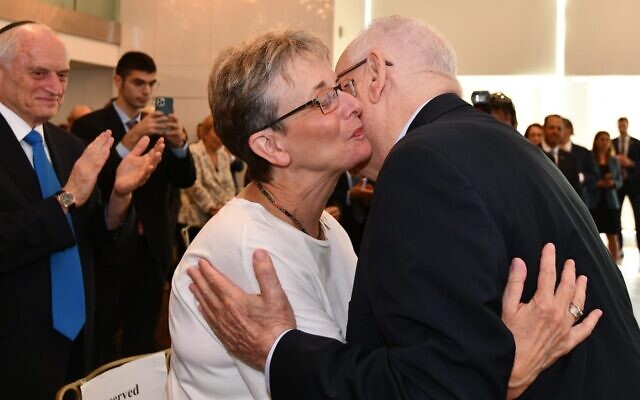 Goldin is the mother of fallen soldier Hadar Goldin, whose body is being held, along with that of another IDF soldier Oron Shaul, by the Hamas terror group in Gaza. Hamas also detains two Israeli civilians Avera Mengistu and Hisham al-Sayed.

Israel is now insisting on the return of the four as a condition for the post-war reconstruction of the Gaza Strip.

Israel’s Ambassador to the United States and the UN Gilad Erdan echoed this point in his speech at Sunday’s event, saying that “all plans to rehabilitate Gaza must include the return of our boys ”to the applause of the crowd.

Rivlin landed in New York on Sunday morning and will travel to Washington on Monday where he will meet with senior congressional leaders on Capitol Hill in addition to Biden at the White House. He will return to New York and hold meetings at the UN on Tuesday with Secretary-General Antonio Guterres as well as several foreign ambassadors before returning to Israel that evening.

Rivlin, 81, will be replaced by Jewish Agency president Isaac Herzog next month. Biden congratulated Herzog on his election to the Knesset last month.

I am proud to work at The Times of Israel

I’ll tell you the truth: life here in Israel is not always easy. But it is full of beauty and meaning.

I am proud to work at The Times of Israel alongside colleagues who put all their hearts into their work day in and day out, to capture the complexity of this extraordinary place.

I believe our reporting sets an important tone of honesty and decency which is essential for understanding what is really going on in Israel. It takes a lot of time, commitment and hard work on the part of our team to achieve this.

Your support, by joining The Times of Israel community, allows us to continue our work. Would you like to join our community today?

Join the Times of Israel community Join our community Already a member? Log in to stop seeing this

Are you serious. We appreciate this!

We are really glad you read X Times of Israel Articles in the past month.

That’s why we come to work every day – to provide discerning readers like you with must-see coverage of Israel and the Jewish world.

So now we have a request. Unlike other media, we have not set up a paywall. But since the journalism we do is expensive, we invite readers for whom The Times of Israel has become important to help support our work by joining The Times of Israel community.

For as little as $ 6 per month, you can help support our quality journalism while benefiting from The Times of Israel WITHOUT ADVERTISING, as well as access to exclusive content reserved for members of the Times of Israel community.

Next 5 Saints players make PFF Top 50, most in NFL 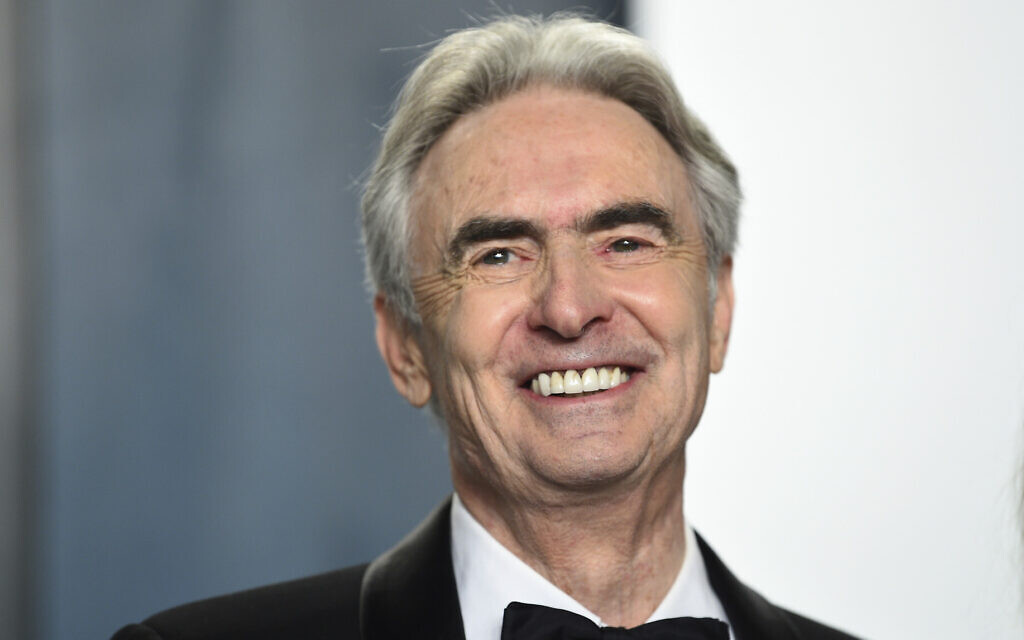