Not too long ago, a supervisor told me that I seemed to be trying to portray myself as smarter than I actually was. In an evaluation session, this supervisor said that there were those who thought I had done an exemplary job, but as for this supervisor, they “just didn’t see him”. I think about those slices of life every now and then, just because it helps keep things in perspective and motivates me to be a little nicer and more caring to others, even when I feel like they don’t. do not deserve it.

I have often heard it said that respect is a earned commodity. I’m not sure I agree. I try to make a point of finding the right one in people, even when they are not “on my side”. To do this, I will need to show them a little respect and courtesy from the start. We all work through this life, with our own set of gifts and burdens. The old adage “do to others what you would like them to do to you” shows no reservations implying that you should only do good if they do good to you first. Loving your neighbor as yourself means accepting others as yourself, warts, and everything in between. To use the hip new language, the idea of ​​treating others with disrespect if they don’t treat you with respect, is a concept that came with the settlers.

Sign outside a business in Waynesville (ROBERT JUMPER / photo One Feather)

I went to one of my favorite lunches on Friday. This is a buffet style establishment. There was a group of Boy Scouts from Florida, maybe 15 people of different ages (mostly teenagers with troop leaders or middle aged chaperones I guess) sitting at different tables next to me.

Now, when I was a boy, this organization taught courtesy and respect as the fundamentals of manhood. I would point you to any old promotional material for Boy Scouts. One of the iconic images shows a young man in a scout uniform helping a mature woman or man cross a busy street. Well, either the Scout organization has changed a bit over the years, or it’s teaching them something different in Florida, as it seemed like this particular troop had their ways of looking at Animal House.

As I stood in line while waiting to be seated, one of the young men ran in and out of the restaurant, pushing himself between us in a line without even a “sorry”. Once seated I noticed that most of the kids in the troop had headphones in their ears and some were actively trying to figure out how to get wifi service as this restaurant has a secure internet connection (and I don’t have never been able to get the password and have frequented this establishment for years). The young men and women started to be obnoxious, frequently getting up to kneel in front of someone in the buffet queue, a young man at the corner of the table next to mine almost put his butt in my plate of food as he prepared to sit down at his table. This group, including its leaders, acted as if they had no idea what it meant if you told them that they should show respect and courtesy to their fellow human beings, especially your elders, who, at their age, would be almost all people. And to top it off, none of the leaders seemed to have a problem with the behavior of their charges.

We are a society of impatience and selfishness. Forgive me for painting with a large brush, but in my circle of life it is “my truth”. When we get into our cars (yes, I am guilty of it myself) a subconscious belief sets in that says, “This is my domain, and I am the king / queen.” I control the speed and direction of movement, the air temperature and even the sounds I hear inside my space. And then I extend my domain to the territory surrounding my vehicle, so that everyone in my path is subject to my needs for space on the road. And the space that is my domain moves with the location of the vehicle. Unfortunately, other drivers don’t seem to understand my authority on the road, as they too assume dominance, even in “my” space. Chaotic incidents occur, each of us chasing each other, crossing in no-way zones, cutting into traffic and parking lots to position ourselves, and other very discourteous behaviors. We put ridiculous messages on our windows saying “I hate the right” or “I hate the left”. I’ve seen so many decals touting “(fill in the holes) lives matter ”, I no longer know which lives matter. And arrogance and pride know no boundaries. We blow our horns. We are throwing flags of disapproval. We scream. We turn on our high beams. We are overthrowing people. And then it gets really ugly. Some, for lack of a minimum of road courtesy, have even taken human life.

And that is the saddest truth of all. We seem more concerned with comfort and happiness than with courtesy and respect. This truth plays out in our everyday lives, and not just on the highways. We use the word “paradigm” interchangeably with the word “standard”. Philosophically, you could call it a way of life, or our circles of life. You have things that you believe in and live by, and so do I. All the things that I live by are in one circle, and all the things that you live by are in another. Now some of these things we can have in common. You think catfish is delicious, and so do I. You love catfish is part of your paradigm. It’s also in mine. Many of you have heard of a Venn diagram, which usually graphically shows overlapping ideologies within those circles or paradigms. And you and I would ride catfish. Simple. But, when you take something like culture or religion, it’s a whole other matter. Because culture and religion are both complex and subject to personal interpretation in modern society. The overlaps are less numerous and more spaced on certain questions.

Because we can speak as if we are one on an issue, the idea of ​​standard of living is sometimes seen in a fog. The speech begins with “I love you, but” and when you say “but” in a sentence, it usually overrides anything that was previously said in the sentence. I have often argued here publicly about the tendency of some of our people to say that they speak for “the people” or “the tribe”. Regarding the Venn diagram, they say that as far as they are concerned, they and I are concentric circles. The problem is, they never bothered to speak with me (and I imagine with most of the tribe members) to find out if we are indeed concentric.

The same thing happened recently at a tribal council session when someone stood up at the platform and said that he represented me and the rest of the tribe as they lived in a other state. I’m not sure this person represented the complex and diverse population of the Eastern Band of the Cherokee Indians, but I’m sure this person and I are different enough as to where it would be difficult for them to represent me as as a member of the tribe.

I think it is important to celebrate our common culture, traditions and history. As we continue to create our culture and traditions, and as we continue to make our history, we must also realize and celebrate our differences. Whether we agree or not, we must learn to hear and at least recognize other points of view with compassion and a willingness to understand.

Which brings us back to courtesy and respect. Extreme propaganda, regardless of side of the socio-economic, political, spiritual or cultural spectrum, is almost always discourteous and disrespectful. Telling one-sided stories leaves gaps in truth that lead to hatred and war.

I’m sharing a photo I took this weekend on Main Street in Waynesville. I have no context for this, so stick with me for now. It was a “sandwich” sign installed at the edge of the street. You can read the content by yourself. Whether it was written as a joke or not, it certainly goes against my standards of courtesy, respect, and just plain good business sense when it comes to customer service. If you have worked in the customer service or frontline service industry; you know that you will have to endure a lot of indignities from arrogant or ignorant guests who are either too self-centered or too oblivious to social norms to conduct themselves in a courteous and respectful manner. I was trained in the “customer is always right” era, which appears to be a million years ago by current standards of conduct. The idea at the time was for the client to pay the bills, including wages, so you did as little as possible to alienate them, even swallowing our pride every now and then. If there was a need for correction from a client, it was done in private or in court. Small discourtesy were ignored or forgiven knowing that you had to “be the best person.” And, if this sandwich panel was just a little joke, it surely sent the wrong message to an audience that included both community members and tourist visitors. This company is willing to hurt you if you don’t act like they think you should act in their establishment. Now take into consideration that there are literally at least five other similar businesses within walking distance of this gem, and you can see where a sign like this could be a significant strain on their foot traffic.

The only way you can disrespect another is if you’ve ever felt that you are better than them. And you are not. You deserve respect and courtesy, just like those of different races, faiths, sexual preferences, and positions in government. Remember that showing kindness and respect does not necessarily mean that you agree with a position, only that you recognize a human right.

I read a revealing statement in a picture window on that same main street in Waynesville. It was a sign that said, “A soldier does not fight because he hates the enemy in front of him.” A soldier fights because he loves the family and friends behind him. When we justify our positions, it should always be based on a state of mind of love, care and thoughtfulness. Hatred cannot have a place in decision making if the goals are reconciliation, equity and peace.

The lack of courtesy I experienced from one particular supervisor has always reminded me of when I have led multiple teams in my career. Beauty is in the eye of the beholder. All you can do is do your best; do your best; rest on your principles; and treat others with the brotherly and brotherly love we often talk about but practice too rarely. Don’t let the shortcomings of others make you critical or deficient yourself. Agree to disagree where you can and not violate your standards. Realize that even in your dearest beliefs, not everyone will accept and respect them, and that is their choice. You don’t have to hate, abuse, or insult because you feel they need it. They don’t. And neither can you.

Next College of the Desert chooses new president 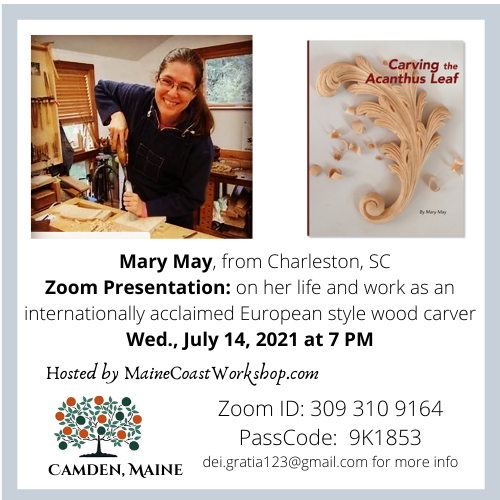